Ghanaian Language experts are calling for the digitalization of the local indigenous languages in schools to promote effective teaching and learning.

They say this will improve students’ interactions during learning sessions and enhance the education of the various Ghanaian languages.

The experts made this appeal on the celebration of the International Mother Language Day organized by the Ghana Association of Writers (GAW) in partnership with the Association of Teachers of Ghanaian Teachers (ATGL) on the theme: ‘‘Using technology for multilingual learning: Challenges and opportunities.’’

The celebratory day is globally celebrated on the 21st of February every year to promote diversity and multilingualism in our culture and languages.

UN reports indicate that globally, an average of 40% of the population do not have the privilege to education in the language they speak or understand.

Professor Avea Nsoh, a Professor of Linguistics and Principal for the Adjumako Campus of the University of Education, Winneba, spoke of the effect that the COVID-19 pandemic had, which has necessitated the digitization of all sectors of the economy, including education.

He however expressed disappointment saying that the Ghanaian language education did not benefit much from this technological explosion in education and instead of the need to digitalize tools into the Ghanian languages and other global indigenous languages.

Prof Nsoh advocates a system that would combine features of speech to text and text to speech as well as the multilingual processing features to create a Multilingual Speech to Speech Translation system (MLS2STS) in Ghanaian languages.

‘‘The proposed system will for instance allow for say a Gonja speaking Teacher to teach in Gonja while the students with Akan as their L1 receive the content in Akan,’’ he explained.
Prof Nsoh said the development of the proposed system would ‘‘immediately’’ resolve the challenges of the study of Ghanaian languages, including the teacher-pupil language mismatch, as teachers would no longer need to speak the first language (L1) of pupils.

Mr Issahaku Alhassan, President of ATGL, encouraged the citizenry to cherish their mother languages and ignore perceptions that local languages could not go anywhere.

‘‘Ghanaian languages have grown, and developed wings and will fly like English…,’’ he added.

Dr Kwasi Adomako, a Lecturer at the Department of Akan-Nzema Education, University of Education, Winneba, urged all stakeholders to embrace the idea of digitizing the education of Ghanaian languages because the world was being driven by technology.

Currently, only 12 Ghanaian languages, which are Dagaare, Dagbani, Dangme, Gonja, Ga, Guren, Ewe, Asante Twi, Akuapim Twi, Fante, Kasem, and Nzema out of the over 80 languages are approved for use in schools. 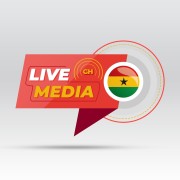